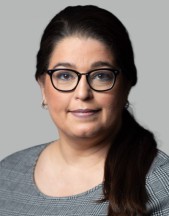 Dr. Shannon L. Steinhäuser completed her undergraduate studies at the University of Nebraska-Kearney as a pre-optometry major and California State University-Fresno majoring in molecular cellular biology. She earned her bachelors of visual science and her doctor of optometry degrees from the Southern California College of Optometry in 1997 and 1999, respectively.  She has been a Phoenix resident since 1998.

In 2000 Dr. Steinhäuser completed a residency in Primary Care and Ocular Disease at the Hu Hu Kam Memorial Hospital in Sacaton, AZ, on the Gila River Indian Reservation. She earned the distinction of Fellow in the American Academy of Optometry that same year.

Dr. Steinhäuser is an adjunct clinical instructor at Midwestern University Eye Institute in Glendale, AZ, with a focus in primary eye care and ocular disease. She has participated in multiple clinical studies, has been published, has lectured on the topics of glaucoma and retinal disease and serves as journal reviews editor for Optometric Physician e-journal.

Dr. Steinhäuser is a member of the American Optometric Association,  the Optometric Glaucoma Society, the American Academy of Optometry, and is a Diplomate of the American Board of Certification in Medical Optometry. She has been an active member of the Arizona Optometric Association (AzOA) serving as membership chair 2003-07, Board of Director 2006-07, Secretary/Treasurer 2007-08, Vice President 2008-09, President-Elect 2009-10, Continuing Education Chair 2007-present and the AzOA's President from 2010-11. She was awarded the AzOA's Young Optometrist of the Year in 2009, AzOA's President's Award in 2014, and AzOA's Optometrist of the Year 2019.﻿﻿  She completed her Masters degree at Nova Southeastern Univerity in Clincal Vision Reseach in 2021. She also was ranked 9th in the US in Newsweek's America's Best Eye Doctors 2021. 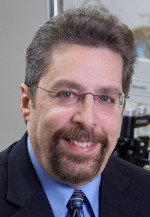 Dr. Arthur B. Epstein is a native New Yorker who grew up in the Bronx, NY; later moving to Great Neck on Long Island, NY. He now resides in Phoenix, Arizona. Dr. Epstein graduated from the City College of New York, CUNY, with a B.S. in psychology and received an O.D. degree from the State University of New York, State College of Optometry where he also served as the college's first resident in ocular disease.

Dr. Epstein heads the practice’s Dry Eye - Ocular Surface Disease Center and serves as its Director of Clinical Research. He is a Distinguished Practitioner of the National Academies of Practice, a Fellow of the American Academy of Optometry, a Full Member of the International Society of Contact Lens Specialists and a Diplomate of the American Board of Certification in Medical Optometry. He is also a member of the American Optometric Association, the AOA Contact Lens & Cornea Section, the Arizona Optometric Association, and the Tear Film and Ocular Surface Society (TFOS).

Listed by Optometric Management as among the most influential in optometry and ranked #1 in the US in Newsweek's America's Best Eye Doctors 2021, Dr. Epstein is a sought after speaker, having presented more than 1200 invited lectures on a variety of eye care topics in the US and throughout the world. He is also a prolific author with many hundreds of articles, scientific papers and book chapters published. He is a Contributing Editor for Review of Optometry and founded, and serves as Chief Medical Editor of Optometric Physician™, the first E-Journal in optometry. Dr. Epstein serves on the Editorial Board of Eye and Contact Lens: Science & Clinical Practice and is a reviewer for numerous clinical and scientific journals in the eye care field. He is  a consulting expert for AllAboutVision.com’s Dry Eye and Keratoconus sections, where he answers patients’ questions about treatment options. Dr. Epstein served on the the prestigious Dry Eye Workshop II (DEWS-II). He teaches the well attended Dry Eye Masterclass, a quartely lecture series on dry eye management.

Active in the profession, Dr. Epstein is a Past Chair of the Contact Lens & Cornea Section (CLCS) of the American Optometric Association and a founder and past President of the Optometric Dry Eye Society. He led and was a primary strategist of the American Optometric Association’s response to the international Fusarium keratitis outbreak and was frequently quoted in news media throughout the world including an appearance on Good Morning America. As Chair of the CLCS he spoke before the US Congress regarding contact lens safety.﻿ Dr. Epstein's schedule can be hectic as he travels well over 100,000 miles a year in the US and abroad. 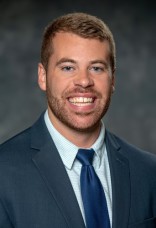 Dr. Cory J. Lappin was raised in New Philadelphia, Ohio and received his Bachelor of Science degree in Zoology from Miami University, graduating Phi Beta Kappa with Honors with Distinction. He earned his Doctor of Optometry degree from The Ohio State University College of Optometry, where he concurrently completed his Master of Science degree in Vision Science. At the college he served as Class President and was a member of Beta Sigma Kappa Honor Society.

Dr. Lappin has been recognized for his clinical performance, receiving the American Academy of Optometry Foundation Practice Excellence award. He has also been actively engaged in research, being selected to take part in the National Institutes of Health/National Eye Institute (NIH/NEI) T35 Research Fellowship program and receiving the Vincent J. Ellerbrock Memorial Award in recognition of accomplishments in vision science research.

Following graduation, Dr. Lappin continued his training by completing a residency in Ocular Disease at the renowned Cincinnati Eye Institute in Cincinnati, Ohio. He has given several continuing education lectures, presented scientific posters at numerous academic conferences nationwide, and has authored an article on the evolving field of dry eye care. Dr. Lappin has a special interest in ocular surface and dry eye disease and is dedicated to implementing the most up-to-date treatments and cutting-edge research as part of the practice’s Dry Eye Center.

We'll be in touch within 24 hours

Call Today for an Appointment